Have made a couple of cards following some sketches.  This one is for Daddy for Father's Day: 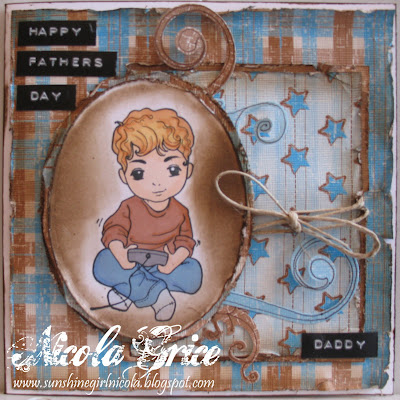 and I would like to enter it into the www.create4fun-challenge.blogspot.com/ challenge as I have used their sketch this week.
And this one is for my Father In Law - I have no idea what he will think about having a pirate on his card but it's what I fancied making!  I would like to enter this one into the http://www.sweetstopsketches.blogspot.com/ challenge as I have followed their sketch: 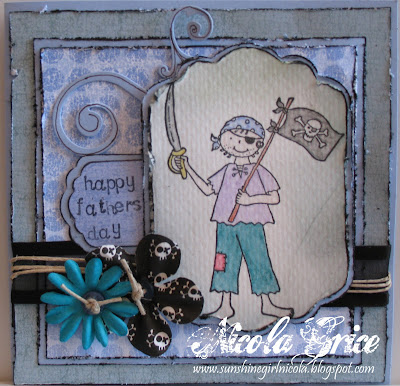 Both cards have been kept really quite simple as they are for men - neither of whom I know will keep them so they will probably just end up in the bin!  Might have to have a word with OH's Mom though and rescue that pirate flower back!
Sorry Dad but I won't be posting yours until after you have received it so you can't get a sneaky peek beforehand!
And also how addictive is WOYWW???  Have spent a good two hours this morning looking at almost everyone's fabulous workspaces and thanks to everyone who has commented on mine - it's now looking slightly messier than yesterday as I have just finished the above two cards but hopefully by next week I will be back on track and working in utter chaos!!  Off to check the rest of the workspaces now.....
Thanks for looking.
Posted by Sunshine Girl at 13:13

This is great! What a great boys cards! Thanks for playing with our sketch at The Sweet Stop.