Hope you have a lovely day!

Here is the card I have made for him: 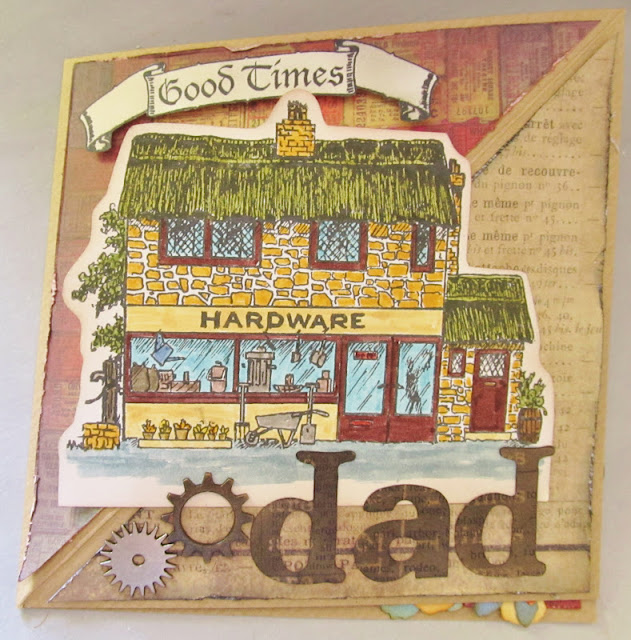 it looks a bit wonky because it is one of those fancy fold ones - so here it is open: 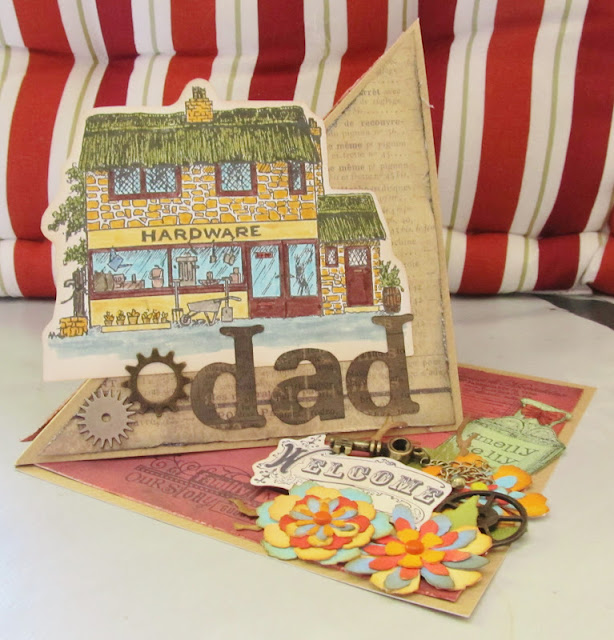 I used a square kraft card and some T!m papers.  Dad is cut from T!ms big alphabet die using kraft resist cardstock.  The Hardware shop is by Stamps Away from their Pilkington Lane No. 6 set - I just had to buy this when I saw it as my Dad used to own and run a hardware shop in the late seventies/early eighties - one sideline was some aftershave called Smelly Welly (in a welly shaped bottle no less!) so I had to sneak that on there too by using one of the Graphic 45 bottles.  The Good Times stamp is by 7 Gypsies and the Welcome stamp and two background script stamps were borrowed from Morag (thanks :)) so not sure of their make.   The flowers are from T!ms flower sizzix die and I have tucked in some branches, leaves, hardware (rude not too!) and a key on a chain too.

A big hello to Chris Carter - thank you for following me.
Thanks for looking - off to the pub to celebrate with family from Solihull
Posted by Sunshine Girl at 05:00

Fantastic card, I'm sure your dad will love it.

What a great personal card for your dad ;)
xoxo Sioux

Just such a great card on the inside as well as the outside. Hugs, Buttons x

Love that you managed to fit in the smelly welly :lol:

Hope he loved it and you had a great celebration at the pub.